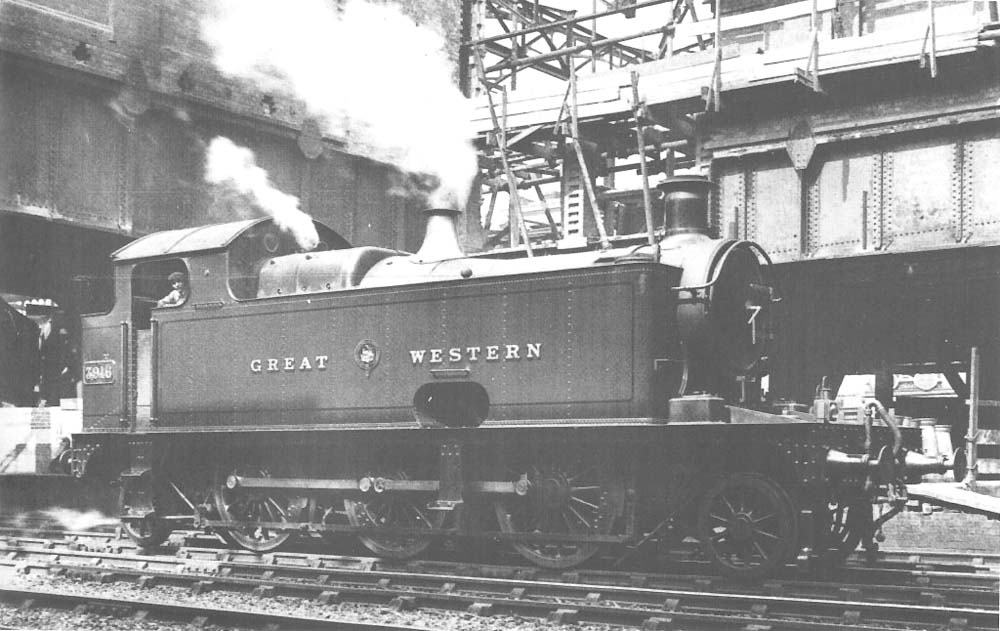 Supposedly a rebuild of some Dean Goods for Birmingham suburban services but I don't think much of the Dean Goods survived other than the wheels as new No.5 boiler, frame, tanks etc. They had a pony truck at each end to allow double ended running and were primarily for surburban passenger workings. Nos. 3900-20.

There were few alterations to class except:-
Started with Cast Iron Chimneys, went to Copper capped, then by 1920's about half the class had reverted to plain cast iron. A few were fitted with deflectors on the chimneys (3902/11/8 so noted), a feature normally found on tender locos.
Most if not all had top feed fitted by 1914 and enlarged bunkers fitted during 1920's.
All the class were fitted with superheaters between 1914 & 1917 which required a longer smokebox to accommodate the superheater.

From around 1923 they were being moved from Birmingham, 5 went to Barry and some to Swansea to work the RSB line. They were finally ousted in 1929 with some going to the Neath division. Others went to London for local passenger work and odd ones were allocated to Glos., Worcs., Taunton, Westbury during the 20's. They were all withdrawn between 1930 & 1934.

This kit has a number of additional parts to enable the modeller to construct various versions of the prototype.

This is a multimedia kit etched in Nickel Silver with 3D printed or cast brass parts, coupling rods. As per normal wheels, motor/gearbox, paint and transfers required to finish.